School of Rock (US) Signs Franchise Agreement for South Africa

04 Jun 2021 - School of Rock, the leader in performance-based music education, continues to expand internationally with the launch of a new master franchise agreement in South Africa.

Keith Taeuber and Leigh Spaun, siblings and franchise owners of School of Rock Claremont, in Cape Town, South Africa, will open at least 8 new locations across the country in the next 8 years as master franchisees. The future schools will be based in Cape Town, Johannesburg, Pretoria and Durban.

"When I first learned about School of Rock, I was struck by the franchise's ability to positively change lives and build ongoing confidence in its students," said Taeuber. "The school's performance-based education creates the rock stars of tomorrow while also investing in their personal growth. Leigh and I are very proud to be part of this inspiring international business that is perfectly poised for the South African market."

There are currently 291 existing School of Rock locations open and operating across 11 countries including the United States, Canada, Mexico, Brazil, Peru, Chile, South Africa, Australia, Philippines, Paraguay, and Spain. School of Rock will be opening locations in Taiwan, Ireland, Colombia and Portugal in the coming year.

"School of Rock is thrilled to be increasing our franchise presence in South Africa," said Rob Price, CEO of School of Rock. "Leigh and Keith have an incredible passion for music education and students' personal development, which is why they've already had an immense impact on the Claremont community. They're the perfect partners to lead our expansion throughout the country."

School of Rock provides students of all ages an exciting and engaging learning environment for taking guitar lessons, drum lessons, bass lessons, keyboard lessons, and singing lessons. Drawing from all styles of rock and roll, School of Rock students learn theory and techniques via songs from legendary artists such as Aretha Franklin, Lenny Kravitz and Led Zeppelin.Thanks to the school's patented performance-based learning approach, students around the world have gained superior instrumental skills and confidence on the big stage, with some moving on to record deals and larger platforms such as American Idol, The Voice and Broadway.

About School of Rock

School of Rock helps aspiring musicians master skills, unleash creativity, and develop tools they need to thrive in life. Founded as a single school in Philadelphia, Pa. in 1998, School of Rock has become a rapidly growing international franchise with over 350 schools open and in development across 15 global markets. Since 2009, School of Rock has grown its student count from 4,000 to over 40,000. School of Rock offers a wide variety of music lessons, including guitar lessons, singing lessons and piano lessons. School of Rock was awarded US Patent 10,891,872 in 2021 for its innovative music education method. School of Rock also has garnered the following industry awards: 2021 Global Franchise Awards Best Children's Service and Education Franchise; 2021 Entrepreneur Magazine's Franchise 500 Top Children's Music Enrichment Brand; Franchise Business Review's Top 200 Franchises of 2021; 2020 Entrepreneur Magazine's Top 200 Franchise and the #1 Child Enrichment Franchise; and 2018 Forbes # 2 Best Franchise Medium-Level Investment Award and the #1 Music Franchise in America. 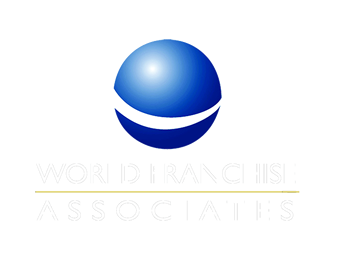 IWG has signed its first franchise agreement in Scotland in order to meet growing demand for flexible workspaces.

RE/MAX (US) to Expand Global Presence

Kinderdance (US) Awards A Franchise In Romania

Romi and Russell Pinsent are the new owners of Minuteman Press in Hove located at 186-188 Portland Rd.

Batteries Plus (US) Gears Up for International Expansion

Inquiring, investigating and immersing oneself in the cultures and traditions of a new jurisdiction is part of any sound and robust international franchise expansion strategy.

FROM THE SAME REGIONS

Dickey's Barbecue Pit international expansion efforts are showing no signs of slowdown as the world's largest barbecue concept is bringing its slow-smoked meats and savory sides to more of Africa!

US-based global fitness and wellness company Lift Brands has announced that it has acquired a 30% stake in Brisbane-founded functional training franchise Fitstop.

The world of global business has been hugely disrupted by the Covid-19 crisis.